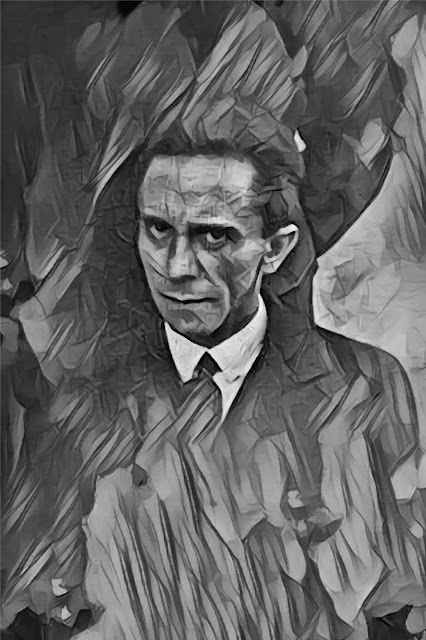 This piece is based on a photograph of Nazi propaganda minister Joseph Goebbels's face when he found out that the LIFE magazine photographer Mr. Eisenstaedt was Jewish. What's scary about this picture was not because of his murderous look, it's the fact that even a high standing Nazi propaganda minister couldn't tell the difference between a Jew and a German until they were told so, yet they killed millions of Jews based on their ethnicity. The same Jew photographer clicked this photo.

It's crazy to think that the society stood by what happened to the Jews yet we would do the same instead of risking our lives. Let's not forget that the nazis also used censorship in the media. The terms they coined to describe their various practices are not only deceptive but they are also chilling. Nazis never used the words ‘kill’ or ‘murder’ in their official communications.

Mass killings were termed special treatment, final solution (for the Jews), euthanasia (for the disabled), selection and disinfections. ‘Evacuation’ meant deporting people to gas chambers. Do you know what the gas chambers were called? They were labelled ‘disinfection-areas’, and looked like bathrooms equipped with fake showerheads.

Yet society knew that the Jews were being treated harshly and boycotted and yet they remained silent. Despite the Nazis best efforts rumors spread. It wasn't until the war ended that the allies knew about the full extent of the cruelty of the Nazis. In fact the German soldiers themselves were disgusted by the concentration camps footage. In fact the film recorded was never released as it was too horrible for us to watch. The Holocaust film that was too shocking to show