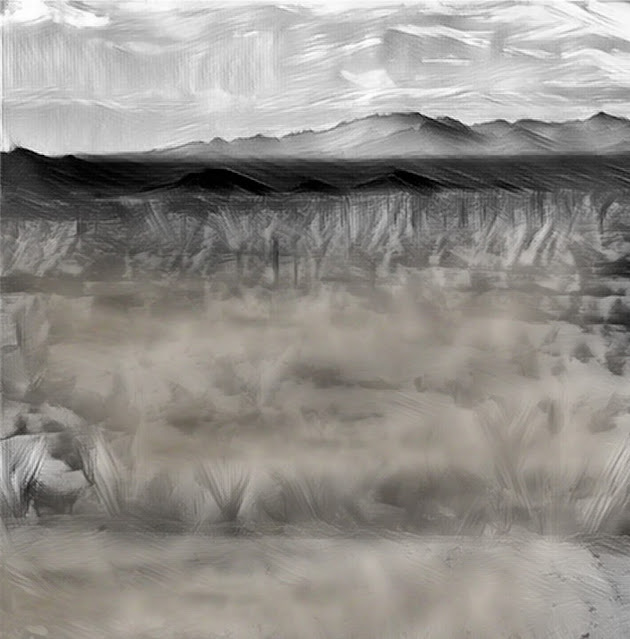 “Why didn’t you shoot?” Pericles shouted at Danna.

She bent to collect the guns as Aces stood over the human he’d speared, nudging him with a toe. When the man groaned he bent down and cut his throat, leaping back to avoid the arterial spray. It didn’t help. The man jerked and made noises as he strangled on his own blood, splattering Ace’s legs.

Danna spun around to face Pericles. “If he’d shot either of you I would have. I made a split-second decision when I saw you and he had it under control.”

His heart was still pounding, remembering how close he'd come to getting shot. “You hesitated!”

Getting up in his face, she yelled back. “I did it to conserve bullets! When these men don’t make it back, Dancy will come and he’ll have more men and more guns. Lots more. We’ll need everything we’ve got and now we have theirs, too.” Bending down to get them, she offered them to Pericles but he turned away, making a huffing sound. She looked back at Aces and grinned. “You guys are fast. They were so shocked, you got the drop on them.”

Aces got between her and Pericles. “We don’t have time for this. Let’s go see what the gunfire outside was about.”

Danna carried the rifle because it would be better for distance. They trooped out of the warehouse and hurried toward the butte where the lookouts were. Pericles eyed her, almost wary. She was nothing like the human females from the lab but that had been long ago. After the bombs and collapse of society, The Changed weren’t the only ones who’d had to adapt. Everyone had. This must be the new breed of women. Tough and mouthy.

“Here.” He extended her knife and nodded as she smiled and took it, placing it back in the sheath tied about her waist. If he could trust her with guns he could certainly let her have the knife back.

Halfway to the butte Aces said, “Oh, fuck!” and took off running toward a heap lying in the sand. He fell to his knees beside Ninn, the dog-boy, and hung his head. His ears twitched when he looked up again.

Aces leaped up and ran toward Lumo, his son. “Are you hurt?” Pericles heard him say, an arm around the kid’s shoulders.

The cat-boy had no tear ducts to allow for crying but his nose was running. He carelessly wiped the snot on the back of his furred hand. “No. I hid. I’m a coward.”

“You’re alive.” Pericles looked at the gaping wound in Ninn’s chest. On his forehead was a much smaller one. When rolled the dog-boy over the one in his back was nothing when compared with how the back of his head was completely gone. He pointed this out to Danna. “How can this be? They’re not the same.”

“They shot him in the back first. He was running away and they shot him. Ellis's .45 makes the big exit holes. He stood over him and finished him off with that shot to the head.” She stood up and looked at the pitiable sight of a young life snuffed out. “That’s how Dancy and his men are. They don’t think twice about killing.”

Pericles picked the dog-boy up and headed toward the butte. “We’ll give him a quick burial, then we have to go.”

“There was another man. He went back the way they came on one of those things with two wheels,” Lumo told them.

“Then we must hurry.” Pericles took off at a trot, carrying his burden. This was going to be easier than informing Dinno’s mother of his death. At the foot of the butte they dug a shallow grave with their hands while Danna collected rocks for a cairn. When the dog-boy was covered well enough to discourage anything hoping to feed on him, they went back to the warehouse and gathered the few things they’d take on their journey.

Using her knife, Danna hacked off a good length from her hair and cut part of her pancho to tie over her head, exposing several inches of her belly. She tucked the flapping ends into her pants and secured her knife before going to the cave and drinking all the water she could hold. They left the human bodies a short distance away in the desert.

Danna’s eyes widened as she saw Pericles strap the repurposed radiator to his back as though it weighed nothing. In order to get some distance between them and the men who’d come chasing them, they jogged away from the only haven the young ones had ever known. “Where are we going?” she asked, her voice jiggling as she ran.

“To another place we found before this. It’s not a good home but we’re just going to meet up there. If we have to, it’s not a bad place to make a stand,” Pericles said.

It soon became evident Danna couldn’t keep pace with them. As hard as she tried, she began to fall back. Pericles slowed, taking the bag that held the guns off her shoulder and onto his. Aces and Lemo looked back and he waved them on. “Go. We’ll catch up.”

Danna stopped running and bent over her knees, panting. Pericles took the canteen off his back and held it up for her to drink. “Just a little, now.”

She gave him a crooked grin after she drank. “Thanks. If you want to go on ahead, I’ll understand.”

“I won’t leave you.” They trudged on at a slow pace and he looked back at the prints they’d made in the sand. “I thought we’d done a better job hiding our tracks close to home.”

Danna shook her head. “One of those you killed was Nico, Dancy’s tracker. He was very good at what he did.”

Danna laughed out loud at that and it seemed to take Pericles by surprise. Not once had she seen him even come close to smiling. But, then, there wasn’t much to smile about. “No, not anymore.” She shaded her eyes and looked off into the distance, praying to the God Mama had taught her about that the wind might come.

“The one that attacked you. You knew him. He was going to rape you.” He craned his head to see her as she looked away. Color rose in her cheeks.

“Yeah. Nothing he hasn’t done before.”

He was fiercely glad he’d killed the street fighter but let the subject drop. She wouldn’t want to talk about it. “You lived in Dirty Town?”

“Where people go to drink alcohol. That’s one of the main attractions in Dirty Town. I guess I was a part of it. People thought I had a good singing voice.”

They quit talking to preserve the moisture in their mouths and didn’t stop to rest until it was night. When the sun came up they rose again, ate a very light meal of smoked bird meat and began moving north and west. “How far away is this place?”

“It may take two days to get there.”

Danna’s heart sank. “We could get caught by the others out here.”

“Let’s hope not.” He was taken by surprise when she broke into a trot again but frowned and did the same. If she was this afraid of them he might do well to worry, too. From time to time he stopped her and checked their progress with the compass he’d found at the warehouse. It was a very good one and he adjusted their course as needed. She couldn’t keep up the running for long before they had to resume walking.

The morning of their second day in the desert he woke her before the sun came up. “Here. This is all there is to eat,” he said, giving her a few wrinkled radishes and some withered, stale nuts. The canteen was getting low so they drank sparingly. “We need to get going but luck is with us. I can smell a wind approaching.”

“No, not really.” He took both their scarves and cut out very small eye holes. “It’s going to blow hard. You need to make sure you stay near me. If you get lost in the dust storm and I have to find you, we’ll lose valuable time.”

She tied the scarf around her eyes, nose and mouth and off they went. An hour later the wind was so fierce she had to lean into it in order to make any kind of progress. Sand stung the parts of her exposed to the elements and she had to keep her eyes down to protect them. It didn’t work so well. Grit made them water and she had to keep blinking the precious moisture away, making dirt tracks on her cheeks.

It was hard to follow Pericles’s footprints. As soon as they fell they were blown away. Danna tried to concentrate on them and not the heat or how very thirsty she was. Pericles called out and she looked up, startled to see him several yards away. He came running, pulling the canteen off his back to give her a much needed drink. Sand washed down her throat with it. Shouldering the canteen again, he curled her fingers into the waist of his pants. “Hold on and don’t let go,” he shouted over the wind.

Danna nodded and hung on for dear life as they crept along, him checking his compass more frequently now. She was so tired but they couldn’t stop to rest, could they? The rope belt around her waist was loosening but all she could do was hope her pants didn’t come down. Her steps weaved drunkenly and she fought to not trip. She bumped into Pericles when he came to a halt in mid-stride. “What is it?” she asked.

At first he didn’t answer. “Listen.”

Now she heard it. The whine of an engine. “Oh, God! They’ve found us!”

“No. It’s coming from ahead, not behind. And there’s only one.”

They stood still, barely lifting their eyes to try and make out a shape. After a time Pericles spotted something round and moving. It was the buggy. He waved both arms to attract the attention of the approaching vehicle. Aces pulled up alongside them, a grin and the goggles bisecting his face. “Need a ride?”

“Do we ever!” Danna cried. Pericles was too big to fit into the small space behind the seat so she threw herself gratefully into it and put her head down against the punishing wind that blew through the honeycombed roof. She felt a tap on her shoulder after they got going and looked up to see Pericles handing her a water skin. Taking a small sip, she rinsed her mouth and spit then took only enough water to wet her throat.

The sun had lowered in the sky before they reached their destination. Sections of fencing were intact but most of it had fallen into disrepair. Danna caught a glimpse through the blowing dirt of what looked like a small town. Wooden houses stood in a profusion of semi-standing state while others appeared to be whole. She was horrified to see people lying like broken dolls, partially revealed by drifts of sand. When she climbed out of the buggy she could see that they were dolls, life-sized ones, ragged pieces of clothing on some. Others lay bare, eyes unblinking against the wind.

She nearly collapsed once they reached shelter. It was sparse comfort for the windows and doors either had never been included or had been removed. Everyone huddled against the windward walls, not talking, protecting their faces between their knees, cloth over noses and mouths. Danna did the same, thanking the God of her mother for answering her prayer. Nothing on this earth could follow their tracks now.