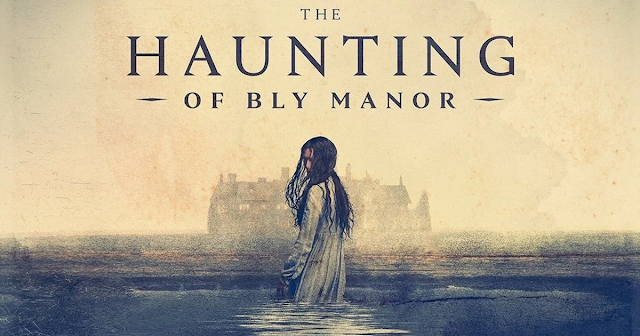 One of the horror community’s most-awaited events of this year was the debut of The Haunting of Bly Manor, Mike Flanagan’s follow-up to his smash-hit Netflix series of two years ago, The Haunting of Hill House. Except for the last thirty minutes or so, Hill House was a straight-up horror masterpiece that managed to tell a complex story of family relationships while never letting up on the breakneck pace of its terrors. (Flanagan unfortunately choked at the end of the last episode and gave us a touchy-feely ending that negated everything that went on before it.)

Sadly, the follow-up series, which was co-produced by Steven Spielberg’s Amblin, is a pale, sickly shadow of Hill House. Based on the much-filmed Henry James novella, The Turn of the Screw, it gets bogged down in both too many discussions about “feelings” and pretentious, talky philosophizing from its numerous cast members.

The original source material isn’t meaty enough to fill out a nine-episode series, so Flanagan and his team “reimagined” the story to include more characters and situations. This worked out great for Hill House but not here. The software apparently malfunctioned and spat out a chaotic jumble of pictures and words.

There’s now a complicated back story for Bly Manor, rooted in a 17th Century feud between two aristocratic sisters, which is frankly ridiculous. There are also numerous flashbacks to seminal moments in each characters’ lives. On top of that, there’s a concept called “dreamhopping” that allows the living and the dead at Bly to hop in and out of each others’ memories. It’s pretty hard to keep up with who’s dead, who’s alive, what’s dreamhopping and what’s a flashback, making for a very tedious viewing experience at times.

The story starts the way it does in the book: with an unnamed mystery guest — here played by Carla Gugino from Hill House — telling a ghost story at a festive gathering. In this case, it’s a wedding. Then it cuts to the traditional scene of a young woman seeking a position as a governess (now called an au pair) at a great English country house, owned by an aristocratic uncle who’s the guardian of two kids he doesn’t care about. The prospective au pair is played by Victoria Pedretti, who portrayed the adult version of “Nell” in Hill House. She was very good as the damaged Nell; here, as Danielle “Dani” Clayton, she also plays a sad sack, but becomes progressively annoying as the story wears on (and on, and on…).

Once at Bly, Dani meets the two children, Miles and Flora, and the kindly housekeeper, Mrs. Grose. She learns of the tragic death of the former au pair, Miss Jessel, and the disappearance of the au pair’s sinister beau, Peter Quint, plus a cook named Owen and a female gardener named Jamie (the latter two are not in the book.) She also gets a gander at the Bly estate, and it’s a less-than-prepossessing sight. Bly is flat-out dull; the sets have zero atmosphere, which is odd because Flanagan’s Hill House set was so wonderfully creepy and unique, it was a character in and of itself.

There are several love stories interwoven in this long and winding tale, not just the one between Jessel and Quint, which is central to traditional productions of The Turn of the Screw. Weirdly, none of the romantic couples have a speck of real chemistry between them — just as this particular Bly doesn’t have a speck of character or atmosphere. They talk a lot though, and at times the viewer feels witness to a group therapy session. It’s not exactly conducive to a chilling experience, and indeed, the scares are very few and far between.

Speaking of traditional interpretations, Flanagan and his writers make several homages to the black-and-white film The Innocents (1961) , the best and most definitive version of the story, starring Deborah Kerr in the lead role as the governess. The name Dani Clayton, for example, is a reference to Jack Clayton, the director of The Innocents. Flanagan’s Bly set has a creepy sculpture garden and a stonework gazebo by the lake, same as the Bly set in Clayton’s film. And the series adopts the creepy theme song written for the film by classical composer Georges Auric, “O Willow Waly,”

Flanagan himself has said that The Innocents, an acknowledged classic worshipped by directors as diverse as Martin Scorsese and Francois Truffaut, is a perfect film. There’s even one episode in black-and-white as an apparent nod to the film, although it’s the silliest and most annoying episode.

I wonder how a director can get from the terrifying beauty of The Innocents—a masterclass of psychological horror — to the odd and tedious thing that is The Haunting of Bly Manor? If you’re looking for a great Halloween ghost story to stream in a couple of weeks, you may do well to stay away from the Netflix series and just watch The Innocents — or even my second-favorite version of the story, The Haunting of Helen Walker, which is not on disc, but which is available to watch on YouTube. 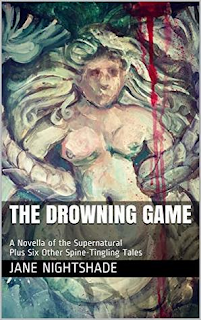 Jane Nightshade is the author of The Drowning Game: A Novella of the Supernatural Plus Six Other Spine-Tingling Tales