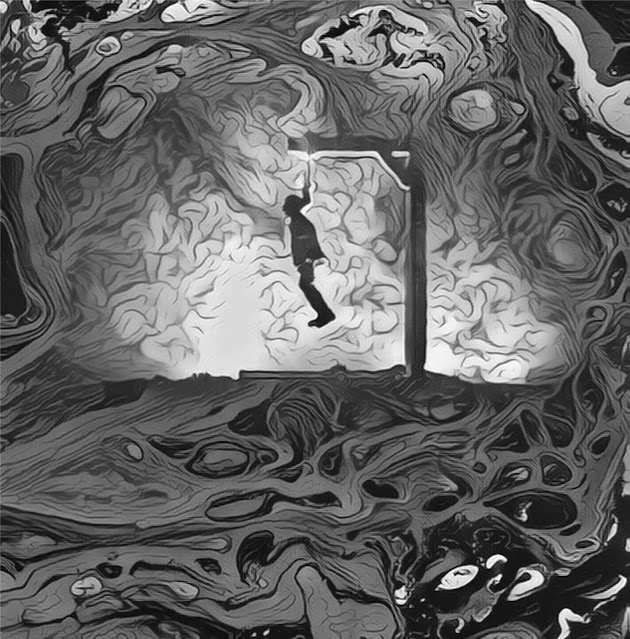 Start at the beginning

Degan hoped they didn’t find that bastard JoJo. Anyone who’d cut a chunk out of a hanging man and eat it in front of his eyes as he kicked and choked wasn’t right in the head. Something funny was going on because that freak wasn’t back from his mission. Mission. Ha! They ought to call him General Dancy, not mayor. Now Degan and his compadres were out here in the desert instead of bartering for a drink and a piece of ass. There’d be a few freebies for them when they found JoJo and the thought made him swallow in anticipation.

Nothing was out here but grit in the teeth. At least it made the tracking easier. Clear lines went into the distance, weaving across one another every so often. He’d expected to come across JoJo’s crew already with that new kid staked out for torture and Danna being fucked senseless by one man after another. Too bad about her. She was young and had all of her teeth. Sang like an angel, too, but she should’ve known when she had it good and stayed put.

Very little about Dirty Town was appealing unless you were part of one of the crews. At the top was Dancy, naturally, then his sicko brother. The town council came next in the hierarchy, a bunch of eggheads and merchants and smart people. Ellis Trumbo, Dancy’s “personal assistant” headed the crews. At the very bottom were the citizens, little more than slaves and beggars. Better to be a beggar than a thief. Thieves were hung if they were lucky. One idiot had tried to kill Dancy. For his crime he’d been made a spectacle of, right there on Main Street. Tied to four monstrous trucks, Degan would never forget how the man screamed as they put them in gear and went different directions. Blood and guts had flown every which-a way.

One could eke out an existence there, at least. Degan avoided gambling and kept to himself. Things worked out better that way. He was careful to not step into anything that wasn’t his business. Not being a particularly ruthless man, he made sure he had little business, then, for anyone to want a piece of. Things went okay as long as he kept his head down and did what he was told. If that made him a coward, so be it. At least he was alive.

Nico, the tracker and man out front, held his hand up and squeezed it into a fist. Degan slowed to a crawl then stopped altogether. He tried to put down the kickstand and it sank into the dry sand so far he was afraid it was going to fall. It didn’t. He joined Nico and Ellis and asked, “What is it?”

“Spread out. Keep your eyes peeled for anything unusual.” That was Ellis, growling out the order in his scratchy voice. He was fond of those nasty cigars some peddler had come through with last year. God knows what was rolled up in them.

Ellis looked back and frowned at him. “Anything.”

Smart ass. Degan began by looking up high. The story was probably waiting to be told in the sand where the tracks had faded but you never knew. Most folks didn’t look up, therefore, they often missed it. Wasn’t much out here except that shelf of rock that stuck out from nowhere. Good thing he’d looked, too. His eyes caught a flash of something moving atop it. “There! I saw movement up there!”

“Did ya, now?” Ellis raised the binoculars around his neck and adjusted them to study the butte. After a several minutes he lowered them again. “Whatever it was, it’s gone now.”

Why didn’t his word count for anything? Disappointed he wouldn’t get an extra drink for being a hero, Degan walked away from the others. Occasionally, he spotted something he thought might be odd but it turned out to be a rock or some shit. Then he hit on lucky. It was a woman’s scarf, bedraggled and dirt-colored. “Hey! I got something here.”

Nico took it away from him and studied it, rolling it between the pads of his fingers. One long, blond hair was pulled free. “Gotta be Danna’s.”

“Right. Keep looking,” Ellis said, pocketing the scarf. He was such a laconic fellow. Degan liked that word. It sounded fancy.

Nico indicated the desert floor with the flat of his hand, moving it as though to polish the sand itself. “This has all been swept. Someone tried to remove the tracks and did a pretty good job.”

Nico rolled his eyes and moved away, bending over to get a closer look, walking like a crab missing a few legs. After long enough for Degan to work up a real sweat beneath his clothes, Nico called out. “I got specks of blood.”

“That ain’t good.” Ellis came over and sifted sand through his fingers. “What you think? Two days?”

“Fair guess,” Nico agreed. He moved off in his crablike scuttle and within minutes yelled out, “Got some traces of oil over here.”

Ellis followed and Degan shuffled behind him. He offered a bit of information. “That kid that took Danna with him stole a piece of shit to run off on. I’m surprised he got this far. But where’s the ‘cycles?”

Once again Ellis combed the butte with the binoculars then adjusted them for near view and trained them on the sand itself. “You’re dumber’n a box of rusty nails, Deeg.”

“Why you say that?” he asked, insulted.

Ellis came up next to Nico and pointed to the south. Both men pulled their guns and gave them an inspection. “Looks like whoever got JoJo and the others went that way.” He turned back to Degan and said, “Ride to town and tell Dancy it don’t look good. Nico and I are going to try to pick up the trail again. If we ain’t back by tonight, Dancy needs to round up the boys and come take care of things.”

That was the best news Degan had heard all day. It was starting to sink in. JoJo and his crew were dead and some unknowns were responsible. Degan would rather go back and collect his drinks while he waited for Ellis and Nico to return. There was something mean out here and he wanted no part of it. Without another word, he got on his motorcycle and headed for Dirty Town.

Grim-faced, Nico and Ellis mounted their bikes. They passed the butte and at last were rewarded with the sight of someone running on foot. Ellis gunned his motor and drew closer then put on the brakes and took careful aim. “Gotcha.”

He and Nico pulled up to the heap trying to crawl away on the sand and he couldn’t believe his eyes. A pained, growling thing turned to look back at them, a wound in his hairy side bleeding profusely. It had a dog snout and pointed ears but looked like a half-grown boy otherwise. “What the fuck?” Nico cried in disgust.

Ellis cocked his gun but the sound didn’t resonate with the abomination on the ground. “Where’s the others?” he asked.

The boy, or dog, glared back at him and puckered his lips, spitting. He rolled to his back and sand flew as he produced a knife from beneath him and threw it. Nico cried out and pulled it from his thigh, inches from the vital parts. Ellis’s hammer fell and the boy went limp with a hole right between his strange eyes, blue as the sky and just as empty now. “Let’s keep looking but be sharp. There have to be more like this one if they took down JoJo.” They roared off but didn’t see the cat-boy frozen halfway down the butte, squatting behind scrub bushes.

It didn’t take long to spot an old warehouse and come to the conclusion this was where the tale would be told. They pulled up to utter silence and got off their motorcycles to look around. It was a mess of discarded, weird stuff and shipping crates of wood, some of them torn apart and obviously used for firewood. Nico kicked a dented pot from an old mess kit, hands on hips. “It looks like everyone but the kid cleared out.”

Right about then one of the crates came open like the lid of an old toy Ellis had found among some things he’d once killed for. A little crank at the side caused a doll to pop up from the top while a merry tune played. The thing had been dressed in bright colors, its face painted and a silly hat perched on top, dead beady eyes staring. It scared him so bad he’d shot it. What jumped out of the crate was even worse, a large man covered in hair, long canine teeth bared as it roared in defiance and threw a spear. Ellis’s shot went wild as an indescribable pain ripped through his chest. It barely registered with him when Nico screamed.