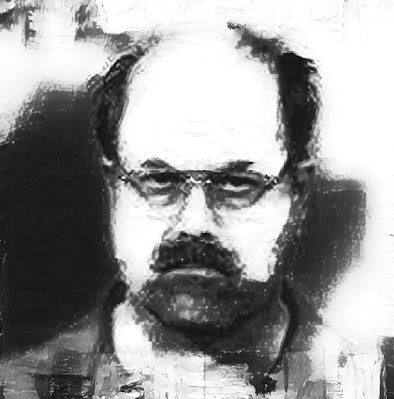 The Mayor Of Dirty Town

Dancy flicked his hand to shoo away the young whore he’d just banged. It hadn’t been very good. She’d just laid there, her face to the wall the whole time. At least she hadn’t winced the way they did when JoJo wanted to get laid. He watched the girl’s narrow ass disappear into her dress. “Wash off before you go back down. No one likes sloppy seconds.”

The girl left the room and he rose to get dressed. He cleaned with soap and water from the basin, his lips curling at the stench of overripe pussy and wondered if they had any douche left in storage. The bitch needed one. His boots clunked on the creaking stairs as he made his way down to the bar. It wasn’t ship-shape and he went to the blackboard to check the chore list. Plain as fuckin’ day. “Steve! It’s your day to mop! Get your lazy ass in gear before I plant my boot up it.” He kicked a chair out of the way and glared at the mess he saw beneath its table. He drug the unfortunate teenager by his hair over to the dried puddle on the floor. “I don’t give you food and a room for nothing, dipshit! Next time someone pukes on the floor, clean it up before I see it.”

He shook the boy roughly. Dancy wasn’t a big man but he didn’t have to be. All you needed was the right kind of talk and more brains than the big fellas. He had JoJo for the scary shit. “If I ever see the floor like this again I’ll beat your ass, son.”

Ralph, at least, was on the ball. The top and sides of the bar had been wiped down, liquor lined up straight as soldiers reflected in the back mirror. A polished shot glass waited next to a bottle of his private stash of whiskey. He looked back to see the boy industriously scrubbing the floor. Steve had his reddish-brown hair and green eyes. The kid might even be his son. Who knew around here? Rape wasn’t a crime.

“Not today.” He winced and put the cap back on after pouring the shot. “Uh, I didn’t want to disturb you earlier but I got some bad news.”

Dancy knocked back the liquor and put the glass down, pointing into it for another round. “How bad?”

“Bad enough.” Ralph was obviously reluctant to spit it out but he did anyway. “That punk, the new kid that’s been hanging around? I heard he stole one of your motorcycles.” His tongue fished back to a rotting molar and made a sucking sound. “Rumor is he took off with Danna.”

Hissing, Dancy ground his jaw. The little bitch’s singing attracted a lot of business. “And I’m just now hearing about this?”

Ralph turned a little green and held up his spread hands. “I only found out an hour ago. Like I said, I didn’t want to disturb you while you were, uh...”

“Right.” Dancy threw back the other shot and went to find Kick. He was at the motorcycle shop working on a piece of crap he hadn’t managed to get running yet and probably never would. He fingered his lips and tapped a toe until it registered in Kick’s thick skull that he had company.

Dancy smiled in a not nice way. “Why didn’t you come tell me about that kid stealing a bike?”

Kick picked up a greasy rag, managing to only smear dirt and lubricant even worse on his already filthy palms. He wouldn’t meet Dancy’s eyes. “Well, I did tell JoJo. He and a couple others went last night to try and find them.”

“Are they back yet?”

If JoJo had returned he’d have come to him, to brag if nothing else. His gorilla of a brother loved to tell tales of gore and mayhem. He left Kick’s shop and took a stroll through his town. His town. God, how he loved the sound of that!

The brick and wood structures were well-maintained and he recruited the best talent he could find. They had water, gardeners, munitions makers and smart fuckers for the really complicated stuff. Every now and then, when they had the fuel to spare, he allowed them to burn the midnight oil and celebrate just for the hell of it. Who would want to live anywhere else? Danna and the kid, that’s who.

In spite of the fact he’d had sex not thirty minutes ago, Dancy felt his dick stir at the thought of Danna. She was a pretty, little piece but JoJo had claimed her first. Ralph tossed her now and then, too, so Dancy was content to fuck elsewhere. One cunt was just like the next. Well, almost. He made a mental note to instruct Amber to douche. Hopefully there was some Massengill left and he’d tell her to keep it to herself. Usually, he’d heard, the girls lavaged their twat and caught the water in a bucket to share with another girl. More than once he’d had to send them to Doc because they’d also split an STD between them doing that stupid shit. But who’d ever heard of an intelligent whore?

There in the middle of the street stood the gallows. A thief hung two days ago was still dangling at the end of the rope, covered in crows. Once he started to really stink he’d have him cut down and chucked in the dirt. This display of what happened to people that stole from him obviously hadn’t worked but it never occurred to Dancy that his control might be slipping. He reveled in the deference shown by nods and hellos he got as he patrolled the street. They all but bowed and scraped. And they should. He ran a town that was clean, orderly and only semi-violent. Long as he kept the collar buckled into the right hole he was assured of smooth sailing.

Ambling from store to store, he looked for news of his brother. No one had seen the numbskull. It didn’t worry him too much. JoJo and his buds would return. He was probably somewhere screwing Danna if he hadn’t already beaten her to death. Sooner or later he’d show up.

Start at the beginning