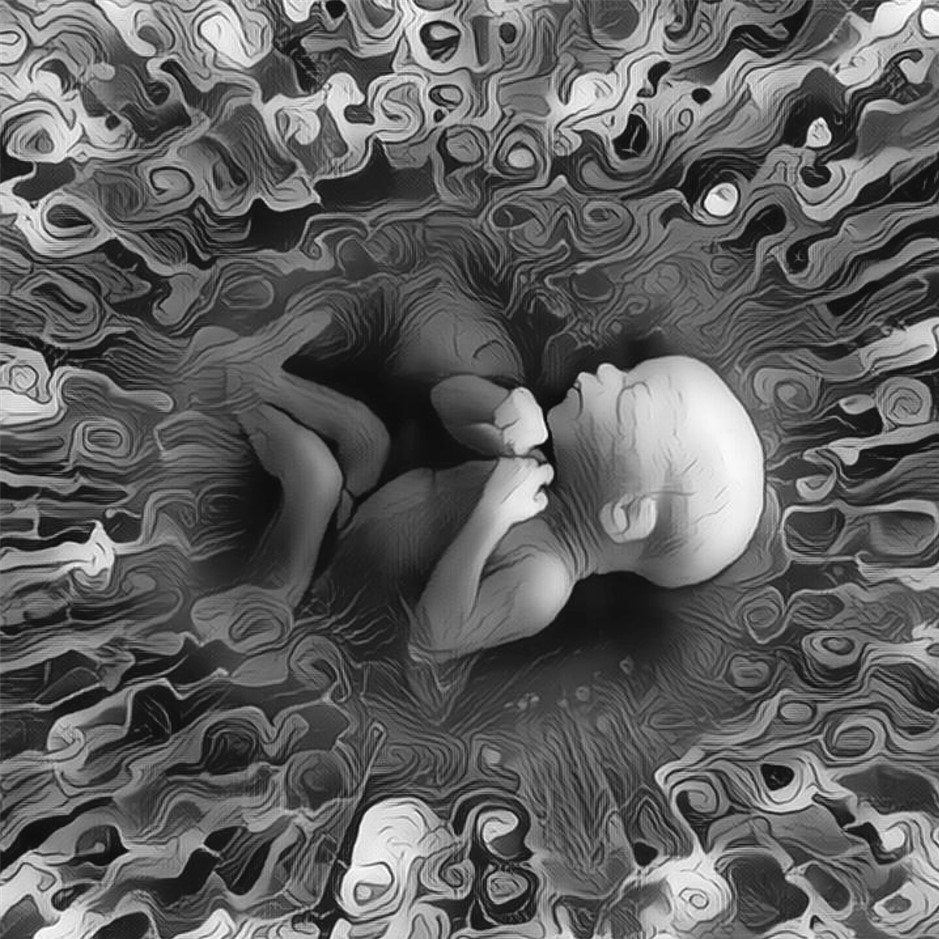 Where Is The Wind When You Need It?

He carried the guns toward the rising sun. It was for the best. The dog-boys had been far too excited by them. All young, self-aware beings had grandiose ideas of their own power, fueled by the certainty they were going to live a long life. To make sure they did, Pericles had gotten up before light, taking the guns to bury them in the desert.

Hot sand couldn’t burn his feet. The Changed didn’t wear shoes. It wasn’t something issued at the laboratory. Pericles had often thought it was a way to discourage escape. How blind. When the time came to run they weren’t about to let something so mundane as bare feet stop them.

Only the “cream of the crop” had survived in the first generation. Old Issy had been part of an earlier depravity, having survived a human-to-ape brain transplant, but she’d been the only one. It was she who’d taught Pericles more than the teachers assigned to educate him. The Changed had been encouraged to associate with one another but it was for observation purposes. At night, and a great deal of the day, they were in their rooms made of wire and heavy, thick plexiglass. Or undergoing tests. He supposed this was what had begun to dig beneath his skin when he lay awake thinking. If they were special, cherished, important, why not let them out to roam free and even help with the study? Why make them endure test after humiliating test and be rolled back into their cages, no matter how pleasant, doped and strapped down?

It was because they’d been afraid of them. Humans subjugated what they didn’t feel comfortable with. The Changed had been created for a purpose and the men and women at Mount Pine Research Facility hadn’t been at ease with what they’d made. And what was that purpose? The Changed had never found out. At the height of the study the world had gone to shit and the scientists ordered to eliminate the test subjects and clear out. That’s when Kellus organized the breakout.

The rest of Pericles’s kind had turned around to fight, as had he. He’d killed two of the men who’d been shooting at them before seeing Issy and Selda crouched down, hiding. Determined to get them out of the facility, he’d halfway succeeded. He still was haunted by memories of the last time he’d seen Selda’s face and what Issy had said. It’s too late to save her. You’ll only get yourself shot.

So he’d saved those he could.

He wondered what the girl, Danna, had thought of them last night. What she thought of him? It would be naive to not believe she was overwhelmed. Some of them had human faces while just as many had the canine or feline DNA stamp in their features. Most walked upright, even if they had the feet of their animal ancestor. Many genetic factors mixed in odd ways in both second and third generations.

When he’d been quite young one of the scientists, Rick, had put a mirror in front of him. Rick didn’t go about with the taser gun at hand or a pocket full of anesthetic syringes. He was trusting and that’s what had gotten him killed. “What do you see?”

The objects in the room were reflected in it but he’d also seen a gangly body sprouting hair, a human face with protruding brow ridges and strong jaw. “Is that me?”

He’d looked back behind him at the desks and the animal cages. They were inside the thing, too. So were his feet and legs that he could also see outside it so it must be him. “Yes. It’s me.”

Turning away, he’d said to Rick, “I’m not like you and I’m not like them,” pointing to the rows of cages where chimps and macaques peered out, interested but somber. “What am I?”

He went to his desk and clicked the keyboard, drumming his fingers while he waited, then waved him over and pointed to the screen. “There’s your father. I don’t know if he knew what his sperm was going to be used for.”

Pericles saw a young man with light-colored hair, smiling at the camera. He didn’t have a hairy face and his ears didn’t stick out. The line of jaw and brow weren’t so pronounced. Rick clicked the keyboard some more. “There’s your mother. We used in vitro fertilization to impregnate her with the modified sperm.” He smiled ruefully and pointed back at Pericles. “And here you are.”

Pericles looked at the video image of a chimpanzee, her adult female head mostly bald, lower lip pendant. Her eyes were brown and sad, as if she already knew they would take her child from her. “Where is she now?”

Rick moved a knuckle over the screen image in a caress. “She was sold. Later.”

Rick sighed and turned off the monitor. “Another lab, I assume. She was too old by then to produce viable eggs.” Pericles saw shame on his face. “Not my decision. I hate what we do. At first it was exciting. Then they got into the in vitro program and...” His voice trailed away.

He looked Pericles dead in the eye, one hand propping his head up. “Because I care about you guys. Not everyone’s good to you and while I’m here you’re treated well at least some of the time.”

Rick’s compassion was commendable but it still made Pericles angry. The Changed had been cooped like, well, animals. Most of the attendants were cold and clinical, charting their findings and doling out food, giving medication from the end of a dart gun. Some of them were downright cruel. Now that he’d seen his parents, he went back to his room and sank into a depressed state. It hit hard that they were unlike any creatures on the face of the earth, something he hadn’t known. They’d been made. Why? What cruel, warped mind had conceived of creating beings neither fully animal or human? And to what end?

Kellus believed they’d been mucking about, seeing what they could do. Scientists were like that, always reaching for the next rung. Issy had thought they were created for military purposes. That’s why they had enhanced senses and strength and that’s why the strong ape-men were the first to go. Rick and a few more had tried to sneak them out but someone had set off the alarm. The shooting began but this time they were firing bullets.

Rick’s last act had been to shut down the electric fence. Pericles couldn’t forget the smell or the screaming when they’d come back on. By then he’d been running, holding Issy’s hand, listening to her ragged breathing.

With a roar of rage, Pericles hurled the rifle as far as he could. It flipped a couple of times, kicking up sand. It was just a tool like any other. What made it dangerous was the human behind it. Now it would hurt no one. He took the plastic bowl and began digging a hole. When it was sufficiently deep, he dropped the pistol in and went to retrieve the rifle. Covering the hole, he made sure to disperse the darker sand evenly among the lighter.

Pericles rested for a moment, stared at the sky then into the distance. What a fine time for the wind to not blow. Should he go back to the scene of yesterday and make sure there were no tracks or would that make it worse? If he made more he’d just have to cover them, too.

He put his back to the risen sun and swept the tracks of his feet from the sand. Manda boiled out of the open end of the warehouse upon his arrival. An angry expression drew one corner of her lip up in a snarl. “Go get them!” she demanded, pointing north toward the butte. “Raci and Neval have gone to watch for humans. They told no one they were going.”

Pericles groaned as Aces came trotting out. “I’ll go with you.” He handed Pericles a cup of water and slapped him on the back. “No breakfast for you.”

The climb up the butte was arduous and, judging by the sun’s movement, took nearly an hour. Issy had taught him how to make a crude sundial by using himself. By facing true north he gauged his shadow and found it to be seven in the morning. Neval and Raci had set out before light and would be lucky if they weren’t broken at the bottom of the butte. They could see where the young ones had dislodged a rock or two by misjudging their stability. “I’m gonna wring their scrawny necks,” Aces said as they reached the flat tabletop of the butte. They took a drink from the skin canteen tied about Ace’s waist then followed the tracks of bare feet to the edge.

The desert was empty and they couldn’t see any sign of intruders. Wind was minimal and miles away, stirring only a few dust devils. As they approached, Aces held a finger to his lips for quiet. The cat- and dog-boys were talking to each other, unmindful of anything behind them. It made Pericles mad. Inches behind them, he booted the foot of the dog-boy, Neval. He yelped and twisted around. “Uh-oh,” he heard Raci say.

Aces and Pericles hunkered down then went on their bellies, scanning the horizon. A few hills broke the flat terrain but that was all. “I’m surprised you didn’t fall and kill your stupid selves,” Pericles said, addressing the youngsters. His anger returned and he gave a hefty slap to each head.

“It was meant to.” Aces frowned. “What if we’d had to go back and tell your mothers you were dead? Your friends would be digging your graves.” He looked at Pericles, a taunting grin on his face. “I think burying them next to the cannibal would be proper and fitting for a couple of idiots.”

“Pericles comes up here all the time,” Neval pointed out.

“You’re not experienced climbers and you did it in the dark,” Pericles said. To take the edge off the rebuking would render it useless. With this threat of danger, now wasn’t the time for softness. “What were you thinking?”

Raci propped his chin on a cupped hand. “We just wanted to do our part and watch for humans.”

Pericles thought about it and decided they were old enough to act like adults. This might be a bad time to start them down such a path, but when better? He nodded his head. “Very well. You stand watch but we’re sending Maxia back up here to supervise.”

“Do you think that’s best?” Aces asked after they’d come down from the butte.

“If the humans come it probably won’t be today. They’ll give the ones I killed time to get back before they suspect anything has happened to them. I need to talk more with Danna about what they were doing out here.”