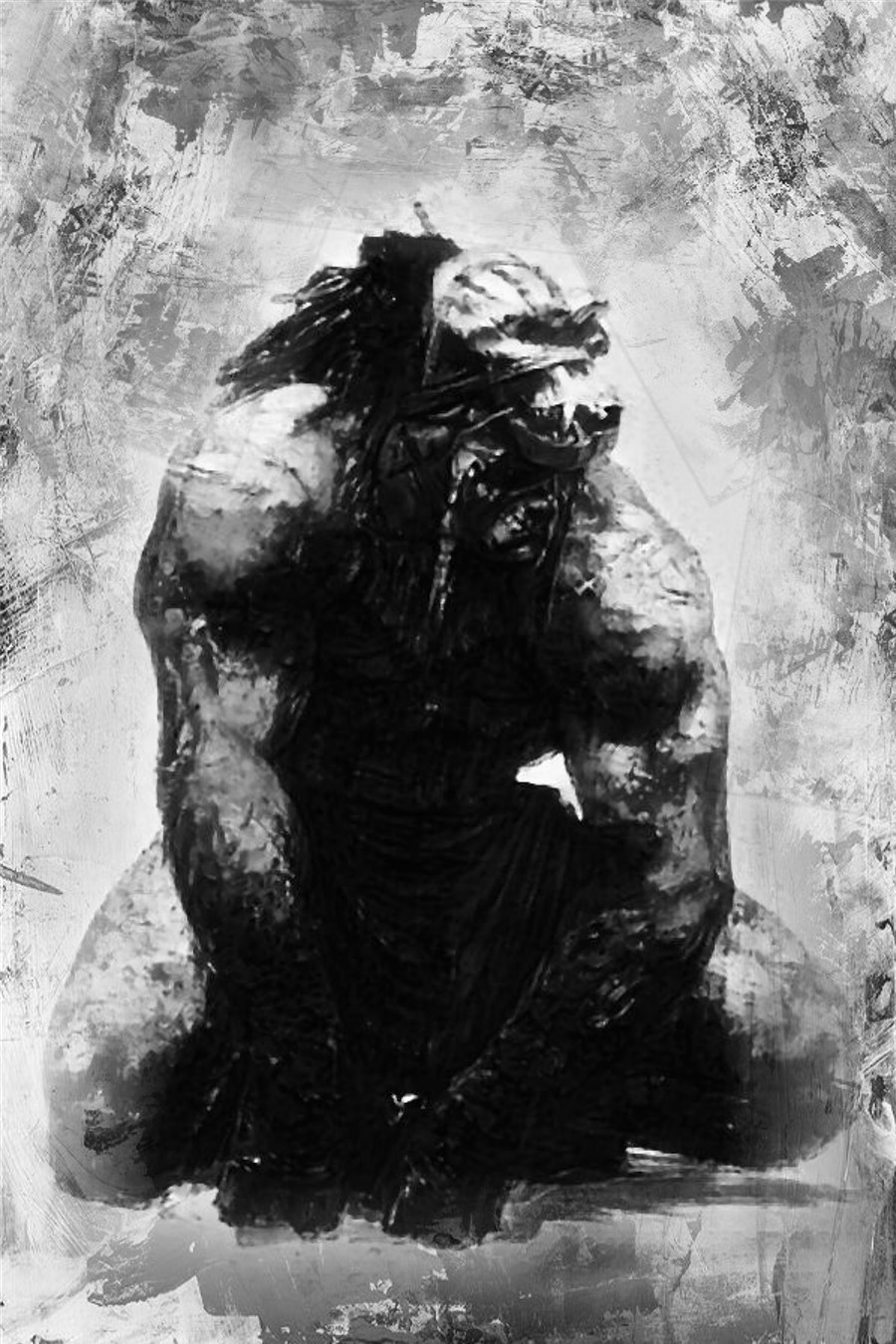 Danna Among The Furry

She backed into the corner, arms clasped around her drawn-up knees. Several—whatever they weres—had crawled up to the corpse Pericles had brought back, poking and licking fingertips red with blood. A mother shooed them away and, with hatchet and knife, began to dress out the body. Danna shivered and looked away.

This must have been an old military warehouse at one time. The half-human inhabitants had used and maintained it well. She could identify many of the reworked items from her childhood in the many cities Mama and Daddy had drug her through. Old computer monitors had been hulled out and holes cut in the top to form planters, pencil cups now drinking utensils. Electric wires were strung out for clotheslines. Fluorescent light fixtures had been pulled down and appropriated to sprout seedlings in. Some of the females with ruffs used old markers and paper clips to curl their fur. Tarps and step ladders made spacious tents. Little ones popped out of wooden storage crates playing a hiding game.

Danna marveled at the skill of the women (?) she observed utilizing clawed fingers and spit to form fibers from the thin branches of a bush. They talked among themselves in a mix of words and noises as they fixed the threads to looms made of discarded pallets, glancing over at her now and then. She had to admit they were curiously attractive. Some had snouts and some human noses. Tongues lolled and tongues remained behind teeth that were often squared off, others were sharp and long.

They put their work aside as it became completely dark and went to their families. A cat-woman lit a small fire and, with a roasting stick, prepared a few hunks of meat. Danna was so hungry but she wondered if she even dared speak. The looks that came her way were curious, tinged with the potential for violence. The cat thing was rising and bringing the meat to her. She had three sagging, naked breasts, green feline eyes surrounded by patches of fur and a brown-skinned human nose. When she smiled it revealed a pair of sharp canine teeth. “Here. Eat.”

Danna shuddered. “No, thank you.”

She laughed and it didn’t sound much different than a person’s. The woman sank down and crossed legs that were no hairier than her own but from her rump a tail curved up. Two cat ears poked from a nest of curls. “It’s not human flesh. It’s snake.”

“Oh.” Danna had eaten snake before. She reached out and took the stick and nibbled the meat. It hadn’t been seasoned but it had been cooked all the way through. “Thank you.” Her appetite was whetted from the growling of her belly and she started gobbling it hungrily, forcing herself to chew it fully before swallowing. It was tough but it was something to eat.

The creature scooted over an old, stained cup of water. Danna inspected it. The water was clean and she drank it all in a few gulps then wiped her mouth with the back of her hand. “Where were you going when Pericles found you?” the cat asked.

Danna stripped the last of the meat off the skewer with her teeth. “Anywhere but where we were. Those people are--” She stopped before saying it.

“Animals? Around here you can call people animals but don’t call us human.” The tip of her tail twitched. Again the laughter tinkled out and it was joined by a few more. Danna noticed in the dim light that more had crept forward and were listening with great interest. Danna saw one dog-like female had a bushy, wagging tail, too. Most had a rump like a person, or so she suspected. She’d seen rear stumps tenting the skirts and shorts of the females and males, too. Some had long, velvety ears. 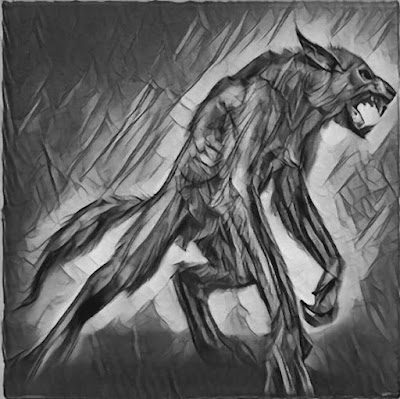 She observed one come up to take her place among the others, sprawling in canine fashion, legs behind her, propping her chin on human hands at the end of human arms. She had dog feet. “You think we’re weird, don’t you?” the female asked in a sharp, irate tone.

“How could I be used to this?” Danna asked, her voice just as cutting. “I didn’t know there was any of you...things.”

One of the cat creatures hissed and leaned forward from the waist. “We’re not things!”

Waving toward the one who’d brought her dinner, Danna said, “She said not to call you people.”

“That is almost correct!” the dog-woman said, nodding once with emphasis. “We call ourselves people, woman or man, but only if you put cat or dog first. Mostly we just use names. We have names, you know.”

“Tuli!” the cat-woman said. She softened her face when she looked at Danna. “She is Tuli. I’m Te. This is Haja, Pillip, Wanna, and Zemma. What is your name?

Te scooted closer and held her hand out for the skewer and cup, handing them off to the one she’d called Haja. Apparently there was a pecking order based on age. Haja got up without complaint to take care of the utensils. Another joined them, one of the cat-women. Te said, “This is Manda. She and Kellus are our chiefs.” 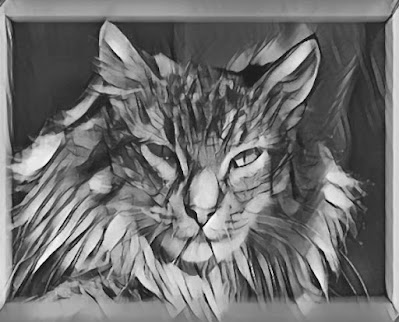 Manda had no tail but her fur was less abundant than most but completely gray or white. From the shape of her mouth it was obvious she was missing a few teeth. When she spoke her voice was rusty with age. “Tell me if more of your kind are coming.”

Danna thought about it. She and David were no one important but when the men who’d tried to run them down didn’t return it was likely to cause an uproar. The scavengers would want to know who was powerful enough to kill three of them. “I would imagine so.”

A dog woman made those fluid gestures of finger and hand. Danna scowled. “Go ahead and say it. I’m not easily insulted.”

Manda sat down and crossed her legs high. For whatever reason, sheer curiosity, perhaps, Danna glanced between her spread legs, wondering is she had a human vagina. She couldn’t tell for the fur and she didn’t want to stare too blatantly. The cat-woman had a brief flash of amused expression before it darkened angrily. “If they follow the dead ones we have no guarantee that they won’t find us. A careful search would lead them right here. We’re not that well concealed. This angers us. We’ve lived a long time here without any human interference.”

Danna saw a ring of angry faces looking at her. Only Te’s was a little sympathetic. “I’m sorry for you.” Then she thought of her own life and how thankful she was to not be dead as well. “But I’m not sorry I’m still alive.”

Manda stood and one or two others did, too. “We won’t do anything to change that. We don’t kill. Unless forced to.” She let those words settle. “But we haven’t decided you can stay. Even if the humans don’t come.”

Te regarded her for a long moment then put out a hand to touch Danna’s arm, withdrawing it slowly. “I will vote that you can stay. My word has some sway here. It’s not good that a female human should be alone out there.”

She’d been alone for a while between her parents and meeting David. It hadn’t all been good. In fact, a lot of it had been terrible. More times than she cared to think about she’d carved out her survival on her back and had more than one cruel man assert his will over hers. She closed her eyes, remembering what she’d done to Don. To be free of him.

She opened her eyes to see Wanna gesturing to Te. The cat-woman rolled her eyes and shook her head. “What did she say?”

Te made a sound that might have been a rueful laugh. “I don’t think you want to hear it.”

“Tell me!” Danna didn’t particularly like feeling she might be the butt of some joke or an object of scorn.

Te sighed and smiled. “She says you could stay here with Pericles. He has no mate.”

Danna’s jaw dropped with disbelief. “You can’t be serious!”

With a double lift of the shoulders, Te said, “He has a human penis. Most of him is human.”

Danna thought of his rounded skull and protruding ears, the strong jaw. Lips that hid the pronounced jut of simian canines. She pictured the long arms and legs that looked like a man’s but covered with dark, downy hair. Then she imagined him without shorts on, an erect, human penis jutting from his groin. Not gonna happen, she thought. Dropping her head to her knees, she said, “I’m very tired.”

Te and Wanna rose. “Sleep now. It’s been a hard day for you.” 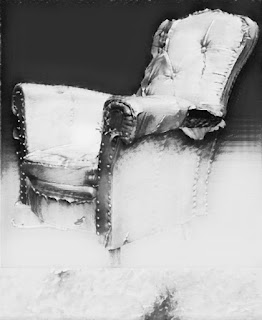 Weary to the bone and still frightened, despite her best effort to not show it, Danna looked at the corner Pericles called his. A few stacks of storage crates provided a modicum of privacy. She supposed some of them held what meager possessions he could possibly have. There was a plastic chair that looked none too sturdy but nothing she could see that resembled a bed. She curled into the corner in a fetal position, put her head on her arms and it took less time than she’d have thought to fall asleep.