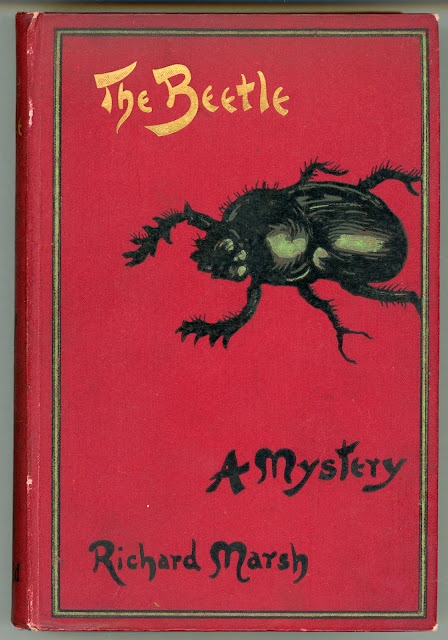 It’s been awhile since I’ve taken the time to recommend a good book. However, this is a recent re-discovery, as it’s been out of print since the 60s, and it’s one I’m just now learning about myself. So I’m recommending it on merit alone that a publisher saw that this book once competed with (and outsold!) Dracula, and decided it needed a revival. I’m curious enough to read it. Sounds fun and interesting. You should too.

A horror classic for the modern reader, presented by the Horror Writers Association.

First published in 1897, Richard Marsh's classic work of gothic horror, The Beetle, opens with Robert Holt, an out-of-work clerk seeking shelter in an abandoned house. He comes face to face with a fantastical creature with supernatural and hypnotic powers; a creature who can transform at will between its human and beetle forms and who wrecks havoc when he preys on young middle-class Britons.

Featuring an introduction by bestselling author Chelsea Quinn Yarbro, the Haunted Library Horror Classics edition of The Beetle is a tale of revenge that takes the reader on a dark journey, one that explores the crisis of late imperial England through a fantastical and horrific lens.