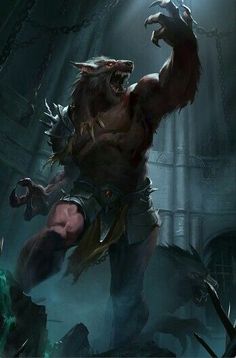 ACT II
Discovering  the body of  Professor Bulwer,  and that Annie is missing,  the next morning, the Kommissar  and an angry and grieving Hutter and  Harding fight with the Inquisitor to destroy  Orlok’s estate. Knowing he can’t stop them, the Inquisitor convinces them to allow him to first sanctify the property.  But they will have to do so before they lose the light.


Hutter knows that, aside from Harding, he can’t convince the others to wait to destroy the property after they have found Annie.  He sets out ahead of them, knowing he will find her, alive or dead, at Orlok’s.


With the sun quickly setting,  Hutter fights with the guards. But the Inquisitor arrives, alone, and dismisses the guards. He  wants to know why the Inquisitor is alone but he’s too concerned about Annie. They enter  into the foreboding darkness together, and find Annie’s body near the open crates of dirt, but  nothing else. Hutter gathers her into his arms and weeps. And then the Inquisitor tells him why he has come to Wisborg –  he has come to avenge Nosferatu!


Hutter  looks up  to watch as  the Inquisitor’s  face becomes the face  of Jäger. The Inquisitor  and Jäger are ONE AND THE  SAME! He attacks Hutter and bars the  doors.


Outside,  the Kammissar  and the townsfolk  have arrived, banging on the doors, and the moon has  risen.


Inside, Hutter struggles with  Jäger, but someone is there to help.  HARDING strikes Jäger with an iron  rod and steps out of the shadows, explaining  how he knew Hutter would come here and witnessed the Inquisitor take on the form of this devil. Jäger  recovers and tells Harding he is no devil. He is the devil’s hound. He screams out in agony as his transformation begins.


Outside,  the Kammissar  orders his men  to crash through  the windows to get  inside. They do so,  but the windows are barred from the inside. It will be a  fight to get in.


Inside,  the werewolf  has taken shape  and swipes at Hutter  and Harding. It growls at  them as they turn to flee.  But a FORM rises out of the darkness.  All we see in that darkness is its eyes, glowing like an animal’s. Slowly it moves forward, and then  BLINK! The form is suddenly there before them: Nosferatu – Count Orlok.


Harding falls away from the wide-eyed form and is gripped by the  back of the neck like a pup by the werewolf, suspended. Hutter  tries to run, but he is locked in place by an invisible force while  Orlok stretches his talon-like hand toward him. Hutter reaches for his neck,  remembering that the ancient vampire imprisoned his mind when he fed on his blood  more than a year ago.


Orlok’s  voice is  soft and harsh,  but he speaks forcefully. “You  have cost me a great deal, Mr.  Hutter. Better for you had you remained  where I could return to deal with you at leisure.”


Orlok twists his hand and SNAP!


Harding screams for his friend and CRASH! The townsfolk have made  their way inside, some with lamps. The werewolf bites down on  Harding and then tosses him away before leaping at the crowd, biting  off limbs, blood spattering. Harding crumbles near his friend, gasping for  life as blood flows out of his wound.


A  crowd  attempts  to grab Orlok  but with one swipe  of his talon-hand BLOOD  SPURTS and many fall over,  gripping their throats.


A  fight  for life  and death ensues.  When a few of the  lamps are knocked over  a fire spreads, making it  possible for Orlok and the werewolf  to escape with the apparent dead body  of Annie. But he is cut off from his earth  now, unable to restore his strength, and thereby vulnerable.


A  few  townsfolk  survive, escaping  the fire. With help,  the Kammissar carries Harding to safety.


Pulling  out, we see  that the fire  spreads from building  to building, consuming much of the town.