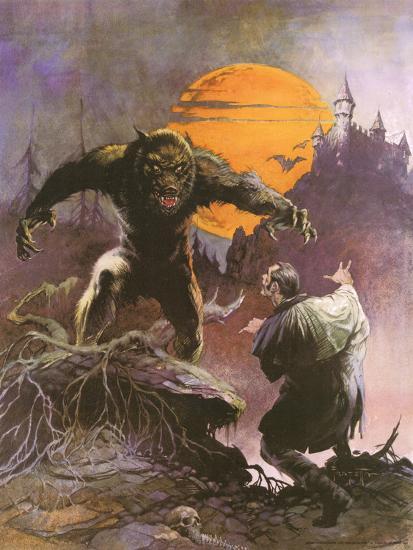 Some years ago, like many aspiring writers, I made several attempts at screenwriting. The following is one example from a three-act treatment I wrote for a sequel to the silent horror classic Nosferatu. Maybe someday it will make a good novel.


PROLOGUE
Nosferatu  (COUNT ORLOK),  feeds on ELLEN,  while her husband THOMAS HUTTER and PROFESSOR BULWER beat down the door to her bed  chamber. The only weapon they have to fight the ancient vampire with is the rising sun. Hutter  pulls back the drapes and lunges himself at Orlok to hold him transfixed, caught in the violent streams  of the sun’s radiance. After a terrible struggle in which Hutter himself is caught by the burning incineration  of the vampire’s living corpse, Orlok’s ashes are caught in a draft and blown out the window. With the aid of the Professor,  Hutter survives, but the poor man’s wife, who made it possible to delay the vampire, is dead.


ACT I.
SUPERIMPOSE: Wisborg, Germany.  1838. On a cold evening, as the  sun sets and the moon rises high, ASHES  gather outside the ESTATE of Count Orlok (sometimes called  “Lebenshaus” by locals). Blown by a cold wind, they make their  way into the home and toward the CRATES OF EARTH left there and undisturbed, where they mingle  with the dirt. After the funeral of his wife, Thomas is comforted by his good friends HARDING and  Harding's sister ANNIE, whom he entrusted Ellen with before he left Wisborg on assignment. Annie is most concerned about  Thomas.


Back  in the  CARPATHIAN  MOUNTAINS, Count  Orlok’s ward JAGER arrives  to find his master’s castle  in ruins. Jäger travels to the  nearby VILLAGE to find out what  happened. When all the villagers avoid  him (who know he is a werewolf!), Jäger  finds GYPSIES who inform him that Orlok left for Germany and Jäger sets out.


THE  INQUISITOR  arrives to inspect  the town, questioning Professor Bulwer  about reports of THE PLAGUE.


Hutter  and Annie  have become  romantically involved,  both comforting one another over the loss of Ellen.
The  Inquisitor  is forced to  accept Professor  Bulwer’s fascinating  account as the reason  there is, in fact, no plague.  But he decides to remain in Wisborg  on authority of the Church to determine the story’s validity.


Jäger,  now in Wisborg,  must become the WEREWOLF.  The transformation is quick and  brutal. As his claws take form he tears  at his own rotting flesh, revealing the creature beneath.  And by the light of the full moon the werewolf hunts, attacking  and killing several victims.


The  next day  the bodies  are found. The  KOMMISSAR consults with  the Inquisitor and proclaims  Martial Law, effectively barring anyone  from entering or leaving the town.


Professor Bulwer and Hutter  tell the Kammissar it is Orlok’s estate they should be  searching, which he ordered seized and quarantined a year  ago. Now, a troupe of guards keep watch. “It’s an empty  building with nothing more than a collection of dirt” Hutter  insists they need to burn it to the ground, something he has  been trying to accomplish for the past year. The Inquisitor tells him to do so would be sacrilegious. The town’s  original church first stood on that property. It was rebuilt elsewhere due to superstition, but to desecrate  it further would incur God’s judgement. Hutter tells him the estate continues to be desecrated since it became  Orlok’s property. The evil they are seeking is there!


It  goes  to Orlok’s  estate, avoids  detection, and enters, carrying  the dying body of Annie. It sniffs  out rats going to and fro, all about the crates of earth. It digs and unearths the  newly reconstituted CORPSE of Count Orlok. The werewolf nuzzles at the corpse,  whining for the life of its master, and a ghoulish hand reaches out to grab a rat, and brings it up  to the thing’s mouth to feed. The dying Annie sees this and tries to call out for help, but the  werewolf grabs her and takes her to Orlok, whose eyes open weakly. Desperate, the vampire sinks its serpent-like  fangs into the neck of this feast. Seemingly dead, Annie falls away, then both master and werewolf rest.