What's Your Superpower? THE INVISIBLE MAN Reveals Himself!

Hetero-boys always liked to imagine they’d use it to sneak into the girl’s locker room, or some such. I was a hetero-boy so I have no idea what hetero-girls would do with the superpower of invisibility. Spy on their boyfriends to make sure they were being faithful, maybe. Or spy on Becky to make sure she wasn’t spreading lies about her. That bitch!

But, really, invisibility would not be a cool superpower. In our fantasies we’ve forgotten the way in which the human eye works. If we were invisible light would have no visible surface to refract from, thereby rendering us blind. So, good luck with your invisibility. I’ll take perfect health any day. Of course, I recently turned fifty and this is just a fantasy.

The late 19th Century was a benchmark for horror. We’re most fond of Dracula, but there was another monster in 1897 -- The Invisible Man. If you think the book is more science-fiction than horror, you may have a fair point, considering H.G. Wells is considered the grandfather of sci-fi. But let’s remember these two genres are cousins, with their origins in Mary Shelley’s Frankenstein. I’m sure that makes her sci-fi’s grandmother.

The Invisible Man is not the only book to steal Shelley’s mad-scientist formula to become a successful classic. The Strange Case of Dr. Jekyll and Mr. Hyde followed. As did others.

Of special interest here is how horrifying the idea for the book is, and many film adaptations have explored the possibilities. Madness is always fun to explore from the safety of the third-person perspective of a book or in the seat of a darkened theater.

It’s simple: we fear the unknown. It’s ancient. We must defend ourselves and the people we hold dear. How do we defend against the unknown? We can try. But when is the attack coming? And it is coming. What? What is coming?! 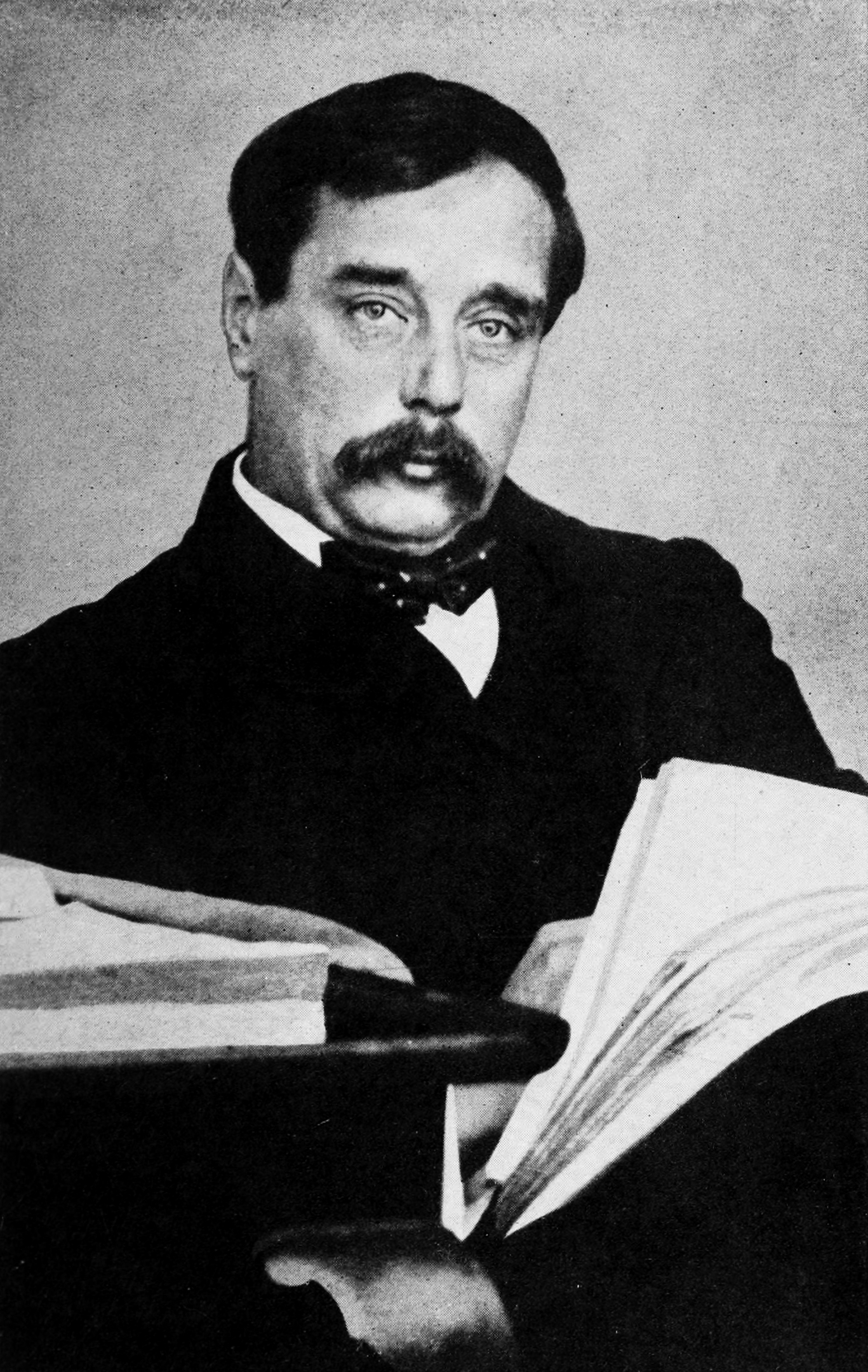 Herbert George Wells was born at Atlas House, 162 High Street in Bromley, Kent on 21 September 1866. A defining incident of young Wells's life was an accident in 1874 that left him bedridden with a broken leg. To pass the time he began to read books from the local library, brought to him by his father. He soon became devoted to the other worlds and lives to which books gave him access; they also stimulated his desire to write.

Some of his early novels, called "scientific romances", invented several themes now classic in science fiction in such works as The Time Machine, The Island of Doctor Moreau, The Invisible Man, The War of the Worlds, When the Sleeper Wakes, and The First Men in the Moon. He also wrote realistic novels that received critical acclaim, including Kipps and a critique of English culture during the Edwardian period, Tono-Bungay. Wells also wrote dozens of short stories and novellas, including, "The Flowering of the Strange Orchid", which helped bring the full impact of Darwin's revolutionary botanical ideas to a wider public, and was followed by many later successes such as "The Country of the Blind" (1904).

Wells's literary reputation declined as he spent his later years promoting causes that were rejected by most of his contemporaries as well as by younger authors whom he had previously influenced.

Wells died of unspecified causes on 13 August 1946, aged 79, at his home at 13 Hanover Terrace, overlooking Regent's Park, London. In his preface to the 1941 edition of The War in the Air, Wells had stated that his epitaph should be: "I told you so. You damned fools". Wells' body was cremated at Golders Green Crematorium on 16 August 1946; his ashes were subsequently scattered into the English Channel at Old Harry Rocks near Swanage in Dorset. 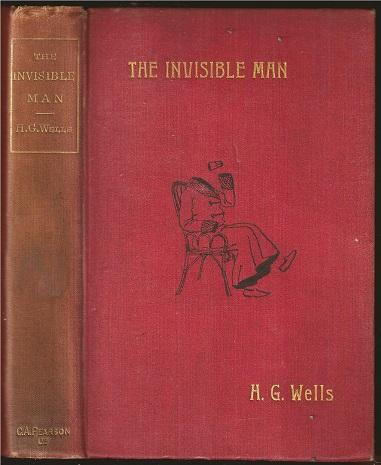 A mysterious man, Griffin, arrives at the local inn owned by Mr. and Mrs. Hall of the English village of Iping, West Sussex, during a snowstorm. The stranger wears a long-sleeved, thick coat and gloves; his face is hidden entirely by bandages except for a fake pink nose; and he wears a wide-brimmed hat. He is excessively reclusive, irascible, unfriendly, and an introvert. He demands to be left alone and spends most of his time in his rooms working with a set of chemicals and laboratory apparatus, only venturing out at night. While Griffin is staying at the inn, hundreds of strange glass bottles (that he calls his luggage) arrive. Many local townspeople believe this to be very odd. He becomes the talk of the village with many theorizing as to his origins.

Meanwhile, a mysterious burglary occurs in the village. Griffin is running out of money and is trying to find a way to pay for his board and lodging. When his landlady demands that he pay his bill and quit the premises, he reveals part of his invisibility to her in a fit of pique. An attempt to apprehend the stranger is frustrated when he undresses to take advantage of his invisibility, fights off his would-be captors, and flees to the downs. In the process, he arms himself with an iron pipe; when a man follows the "floating pipe" and accidentally forces the Invisible Man into thorn bushes, the Invisible Man commits his first murder.

There Griffin coerces a tramp, Thomas Marvel, into becoming his assistant. With Marvel, he returns to the village to recover three notebooks that contain records of his experiments. When Marvel attempts to betray the Invisible Man to the police, Griffin chases him to the seaside town of Port Burdock, threatening to kill him. Marvel escapes to a local inn and is saved by the people at the inn, but Griffin escapes. Marvel later goes to the police and tells them of this "invisible man," then requests to be locked up in a high-security jail.

Griffin's furious attempt to avenge his betrayal leads to his being shot. He takes shelter in a nearby house that turns out to belong to Dr. Kemp, a former acquaintance from medical school. To Kemp, he reveals his true identity. Griffin is a former medical student who left medicine to devote himself to optics. He recounts how he invented chemicals capable of rendering bodies invisible, and, on impulse, performed the procedure on himself.

Griffin tells Kemp the story of how he became invisible. He explains how he tried the invisibility on a cat* then himself. Griffin burned down the boarding house he was staying in, along with all the equipment he had used to turn invisible, to cover his tracks, but he soon realized that he was ill-equipped to survive in the open. He attempted to steal food and clothes from a large department store, and eventually stole some clothing from a theatrical supply shop on Drury Lane and headed to Iping to attempt to reverse the invisibility. Having been driven somewhat unhinged by the procedure and his experiences, he now imagines that he can make Kemp his secret confederate, describing a plan to begin a "Reign of Terror" by using his invisibility to terrorize the nation.

Kemp has already denounced Griffin to the local authorities and is waiting for help to arrive as he listens to this wild proposal. When the authorities arrive at Kemp's house, Griffin fights his way out and the next day leaves a note announcing that Kemp himself will be the first man to be killed in the "Reign of Terror". Kemp, a cool-headed character, tries to organize a plan to use himself as bait to trap the Invisible Man, but a note that he sends is stolen from his servant by Griffin.

Griffin shoots and wounds a Scotland Yard Inspector who comes to Kemp's aid, then breaks into Kemp's house. Kemp bolts for the town, where the local citizenry come to his aid. Griffin is cornered, seized, and savagely beaten by the enraged mob, with his last words being a desperate cry for mercy. Despite Griffin's murderous actions, Kemp urges the mob to stand away and tries to save the life of his assailant, though it is not to be. The Invisible Man's battered body gradually becomes visible as he dies, pitiable in the stillness of death. A local policeman shouts to have someone cover Griffin's face with a sheet.

In the epilogue, it is revealed that Marvel has secretly kept Griffin's notes and—with the help of the stolen money—has now become a successful business owner, running the "Invisible Man Inn". However, when not at work running his inn, Marvel sits in his office trying to decipher the notes in the hopes of one day recreating Griffin's work. Because several pages were accidentally washed clean during the chase of Griffin by Marvel and since the remaining Griffin's notes are coded in Greek and Latin (and since Marvel has no comprehension of even the basic mathematical symbols he sees in the notes), Marvel is completely incapable of understanding them. 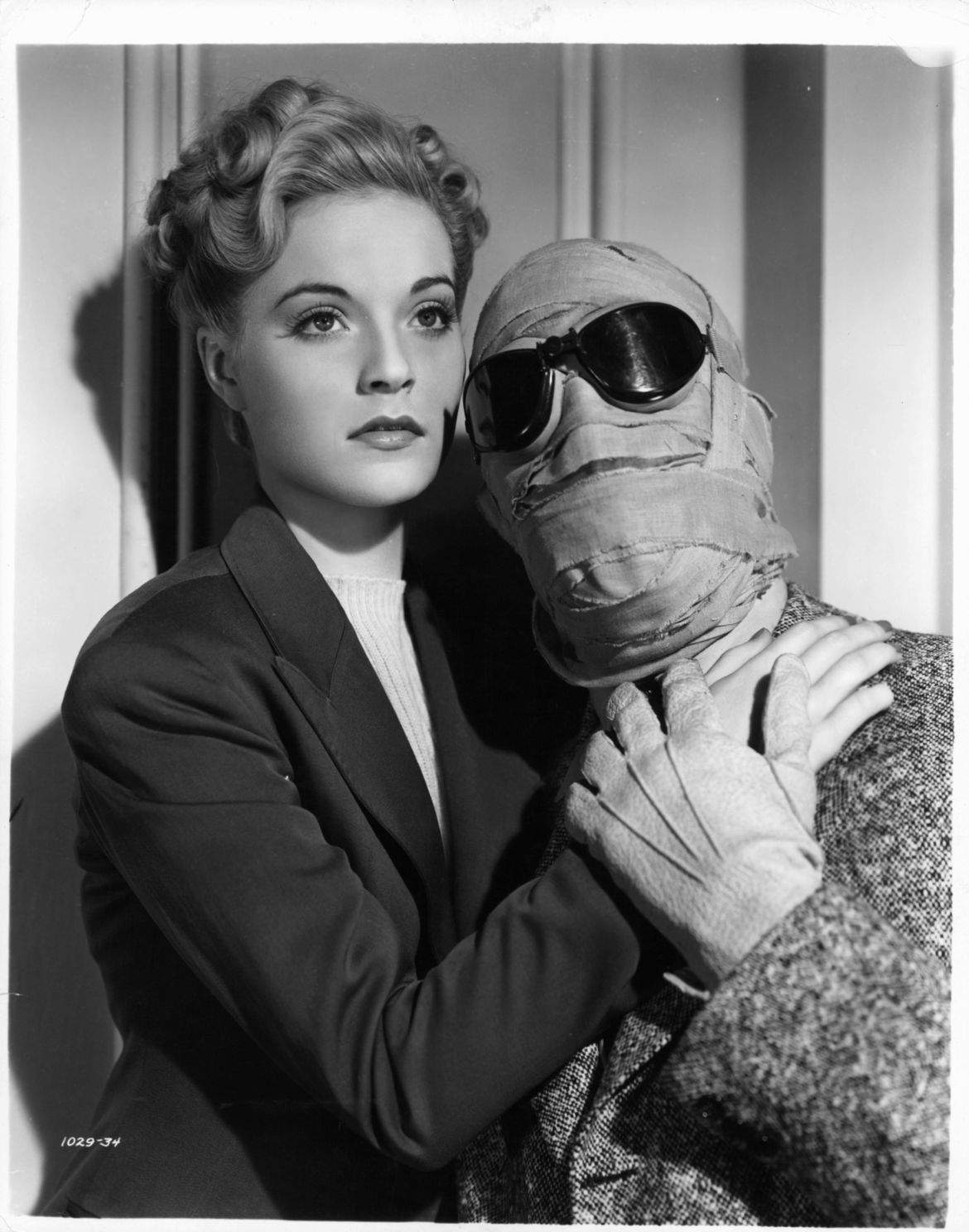 *What the hell happened to The Invisible Cat? That’s the movie I want to see.