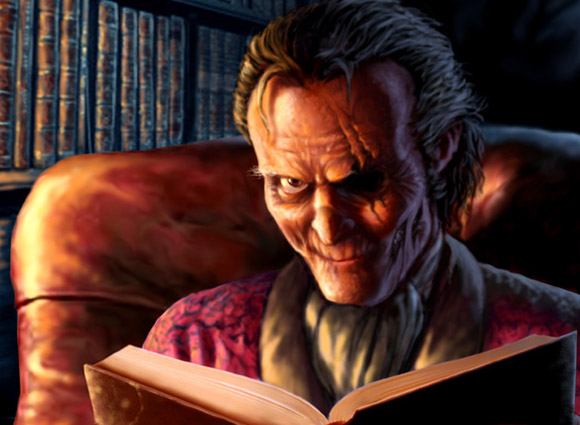 Your favorite horror book may not be your favorite movie. The advantage the book has is the landscape of your imagination. But let’s say that book has finally been made into a movie. You don’t know why you’re excited for it but you are. You sit down to watch it (maybe in a theater, more likely at home), and now it’s a gamble. Best case: you’re satisfied. Worst case: not in a million years would you ever want to see that heap of garbage again.

There’s a good reason we often love our books better than our movies. As an example I’ll use one of the most watched movies of all time -- The Wizard of Oz. Not horror, you say? I don’t know. Witches, flying monkeys, a teenage girl armed with a bucket of water. Scary stuff, man.

The film adaptation for Oz resembles the book in only very broad strokes. At the time of its production bringing that story to life straight from the pages would have been--if not impossible certainly--impractical. They did a better than fair job. Oz is one of the most beloved films of all-time. But Hollywood did what Hollywood always did with books back then. That was to buy the rights and do whatever they wanted with it. Essentially they were capitalizing on brand-recognition in a best-seller.

They did it with Psycho and, to Stephen King’s disdain, they did it with The Shining. Many, many more. They’re still doing it today, but the ethics of the art have changed. Meaning, there are those producing these movies who have a deep love for the source material and want to get it just right.

Even so, there is failure after failure. Of course, my being a book-guy it’s only right I tell you books will always be better. Sometimes I’m in the minority. Sometimes I like a movie more than audiences have and I wonder why it failed. I absolutely loved Doctor Sleep and that movie did poorly at the box office. The book was better. And it will always be better!

Why are horror books better than movies?

1. No one sees you as the coward you are

When watching a movie in a group every little reaction you have is on display. “Holy crap, that witch just ate that kid!” When reading a good book (or a bad one you can’t put down), you have the freedom of anonymity and you can cower under the blankets all you want and not be socially awkward about it. It’s just between you and Fifty Shades of the Devil’s Bottom, or whatever you happen to be reading.

2. Stop reading when you want - no pause button required

If you’re watching a movie you paid good hard-earned money for you are unlikely to walk out of a theater. Although that does happen, I’m sure. You’re more likely to sit through it and complain later. At home it’s easy to hit the pause for a bathroom break or an OMG it’s so scary I need a moment break. It’s also possible to just forget the whole thing and not finish watching the movie because you just can’t take it. But a book has a certain power over you. I have rarely started a book, read deep into it, and not finished reading. Yes, you will pick that book up again and you will take on the challenge of finishing it. Because it’s just a book and no book is going to scare you so much you can’t finish it.

3. It haunts you for a long time after

When you’ve watched a movie it may stick with you well into your senior years as your most favorite of all-time. You may annoy others with it as the best movie ever and debate it at length, such is your devotion. But what effort did it take? All you had to do was sit there and watch. A book on the other hand requires dedication. There’s a unique relationship between the reader and the writer. The reader picks up the book hoping to be taken on an adventure to escape the ordinary. The writer makes a promise that it’s going to be worth it, because sometimes there is heartbreak you have to endure. By the finale you are spent. When a good book does that you think about it often. And you come back to it.

4. You can take it with you

5. The book was first

Here’s a good question: how many horror films have been adapted as books? I don’t have the answer. It’s just something I think of when comparing the opposite. It’s true that just because the book came first doesn’t always make it better in everyone’s opinion. But there’s ample reasons as to why some horror books are being repeatedly adapted. Plain and simple, they’re good. And they scare the crap out of us.