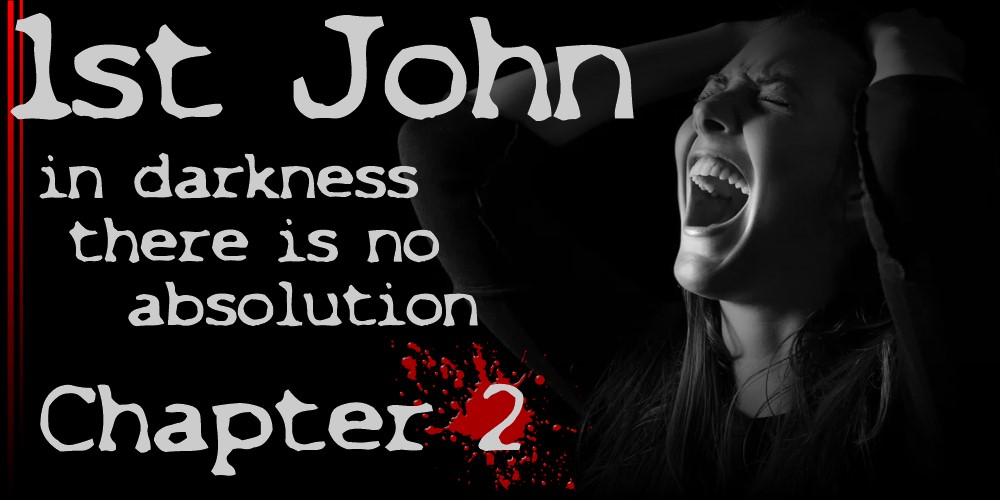 The light of the tablet pulsated on Margaret until the battery forced it to shut off. Over the course of several hours the white noise intensified to an ear-splitting level. Yet, for all the time spent obsessed on Jenny’s face, Margaret was not affected by the noise. Jenny was all.

The white noise shut off, followed by the lingering of that dull ringing in the ears. The fluorescent lights came on, flickering. She stirred awake, if she was ever asleep. The blood from the dead pig that spattered her was long-dried and cracked. She was sore from the position she had been bound in.

Behind the black plastic and the door that led into the house she heard the sounds of the locks and bolts turning. The door opened and Russell stepped out from behind the plastic into the garage. He carried a tray of food, on which was a sandwich, a pear, and a cup of water. He wore jeans and a t-shirt.

Through an already hoarse voice Margaret screamed. “Help! Help me, somebody! Help!”

He let her scream for help and turned with the tray in hand. He walked behind the plastic the way he came in. He was out of sight for no more than a few seconds, then returned empty-handed. He pulled up a chair and sat in front of Margaret while she squirmed in her bonds and screamed.

When she stopped screaming and took in deep breaths Russell eyed her. Margaret screamed again and he watched. She kept screaming, pleading for help from anyone who may hear her, until the screaming wore down to a whisper. The effort was there, the voice wasn’t. She hung her head, not giving up hope. She couldn’t do that. Just resting.

Russell said, “You shouldn’t do that to yourself, Sister. Bad on your throat, and I’m sure it’ll make breathing for you harder. Also, just because these speakers drown out the screaming when I’m not here doesn’t mean I’m an idiot. When you and I are here together there’s no one around for miles who could hear you. So save yourself the trouble.”

Margaret didn’t want to give him the satisfaction of letting him see her cry. She tried to hold it in.

He re-positioned himself, and said, “I was hoping for a more positive start today. Breakfast wasn’t much, but it’s more than you’ll be getting now.”

He stood and walked over to the tablet. He picked it up and tapped on it. He turned it around for Margaret. Displayed on it was a picture of his sister Jenny at age fourteen. He told her, “Look up here, Sister. We’ve got things to talk about today.”

“Come on. There’s no need for any of your defiance today.”

She kept her head down.

“Look up.” Russell said, and waited. Margaret was unresponsive. “Alright.” He put the tablet down and walked out again. Margaret looked up, wondering. He came back carrying a leather body harness with a long steel cable attached to it. He dropped it in front of Margaret, and said, “This doesn’t have to be so hard, Sister Margaret. You just do what I say and I’ll make things easy on you.”

Margaret looked at him.

Margaret tried to speak. She could only nod yes.

“Good.” He picked up the body harness, and said,  “I’m going to rig this harness to the ceiling and that’ll give you limited range to walk about the garage, even lay down if you want.”

Russell sat the harness down again and bent over to lift one end of the old metal tub with the dead pig in it. He had to use both hands. He talked while he pulled it off to the side, avoiding the two horse stands. “This thing is really starting to stink up the place. Not to worry. I’ve got something to take care of that.”

Satisfied with where the old metal tub and the dead pig were, he dropped it. He went over to one of the walls where shelves were covered in plastic. He exposed the shelves. Below were a few sacks of quicklime. He pulled one out and carried it over to the dead pig in the tub.

Margaret watched him, taking note of anything that could offer a way out later, but there didn’t seem to be anything of use.

Russell pat his back pockets. Something used to be there he forgot. He walked to the other side of the garage and lifted up the plastic. He rummaged there until he came away with a pair of work gloves and a box cutter.

Along the side of the wall that he had just exposed was a barroom mirror, stamped with the logo of the Bluegrass Brewing Company. Eyes were behind it.

Russell put the work gloves on then cut the bag of quicklime open and poured it out over the dead pig. Dust from the quicklime covered him and he frowned. He tossed the bag to one side, and said, “Well, can’t plan for everything.” He brushed himself off, threw off the work-gloves, and walked back to stand in front of Margaret. “That’ll take care of the smell. Now, where were we?”

Margaret nodded over to the tablet.

He picked up the tablet with Jenny’s picture again and showed it to Margaret. He said, “Tell me who this is.”

Margaret looked away from the picture.

“Tell me who this is,” he said, and held the tablet close to Margaret’s face. “Who is it, Sister?”

Margaret whispered, not quite audible.

“See, Sister Margaret? This is what I was talking about. You did all that screaming and you shot your voice out.”

Margaret tried to raise her voice. Russell leaned over to hear her better. She whispered, “Jenny… Jenny Sanders.”

Russell pulled away. He sat the tablet down. He asked her, “And who does that make me?”

Margaret looked up at Russell. She said, “Her brother.”

He turned away from her, looked the garage over, fighting an urge. He chewed on his thoughts. He looked back at the tablet with Jenny’s face smiling at him. It blinked from lack of a charge and shut off, her face gone.

Russell went back to work. He unfolded the ladder and climbed it to feed the cable through a metal loop in the ceiling. He climbed down and pulled on the cable, making sure it was secure. He picked up the harness and stared at Margaret. He said, “A deal’s a deal.”

He sat the harness next to Margaret and worked on freeing her from the chains and the workbench. He was careful to collect all the small master locks, sitting them within reach. The chains fell and Margaret made a quick move to jump out of Russell’s reach. Too late! He already had a knife pressed against her throat. “You’re not thinking about making this hard on me again, are you, Sister?”

Margaret swallowed. She nodded no.

He said, “Your natural instinct is to fight. I understand. You’ve been constrained in a single position for about four hours now. Nothing too strenuous. But it has weakened you. You could try to run.”

Margaret closed her eyes. She said, “I wouldn’t get far.”

“I’ve already told you the plan, Sister.” He pointed back to the sledgehammer, waiting in position. “That is as merciful as your end will be.”

Margaret threw up her hands in exacerbation. “Painless? You think a sledgehammer is going to be a painless death?”

Russell let Margaret go and she flinched. He walked past her, through the black plastic, to the door leading to the house. He pulled the plastic back to reveal the opened door. It was too dark to make out anything there, but he held it in position for her to get a good long look. He said, “That way? That way is worse.”

Margaret anticipated all the possibilities if she walked through that door.

Russell tossed the knife into the seat of the chair in front of Margaret. It landed there safely, clanging, and waited for her. He shrugged. “Go ahead.”

Margaret picked up the harness. She asked, “Could you show me how to put this on?”

Russell let the plastic fall and went back to Margaret. He took the harness from her. He worked to fasten her tightly into it and locked the straps in place with the small master locks used previously on the chains.  He said, “There is no shame in accepting your fate. None at all. What you and I have to do now is work on getting you ready.”

“I’m never going to be ready to die,” she said.

She had forgotten about the kids. How could she? She was letting them down, letting the church down. They have to have somewhere to go this summer. I have to be there.

He examined Margaret in the harness, and continued. “But first, in order to win that great big afterlife lottery and enter into His Glory, what’s the first thing, the very first thing you have to do?”

Margaret knew what he wanted to hear, but she couldn’t move her lips to speak it.

“Come on, Sister,” he said, prodding her. “Let’s not play the silent game now. We’re almost there.”
She forced the words out. “You want my confession.”

“Right. You’ll confess, Christ will cleanse you, thereby absolving you of your unrighteousness—and that…” He was losing his restraint. He moved away from her, forcing himself not to strangle the life out of her. “…that is where Jenny gets the short end of the stick. That is where she loses and you win, Sister Margaret.”

“So God will take you into His Kingdom to share all eternity with, and you will simply get away with your sin. Yes, God will forgive you and wash it all away… But I won’t.”

Margaret tried to speak. Russell walked off. He picked up the tablet on his way out. At the door leading into the house he turned back to her. He said, “Get some rest, Sister. We’ve got a lot of work to do.” He slammed the door behind him. Margaret was left standing alone, her eyes fixed on the knife he left behind.

The lights shut off and the white noise returned.